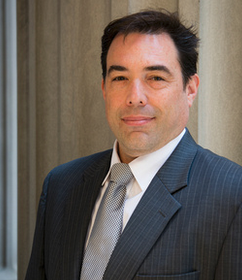 Andrew Strasman is the Principal of Totem Asset Group, LLC based out of Evanston, IL. He lives in Highland Park, IL with his lovely wife, son, daughter and their 95 pound sheepdog. His once new and now rarely-used Triumph motorcycle can be considered a classic, and he is sometimes lucky enough to score the occasional goal playing ice hockey - assuming he can stay up for the 10PM puck drop and his aging knee will allow.

Andrew has frequently appeared as a presenter, panelist, contributor or moderator at events and publications including:

It is not too hard to find where his passion for systematic trading came about. He witnessed the transition from mechanical "pinball" games to the golden-era of video games - and he couldn't get enough of them. All of that gaming paid off at the Vancouver Computer Fair in 1983, where he beat out 100's of other kids to achieve high score on a new video game launch that nobody had ever played. He won the gaming console which he then immediately swapped for a Commodore Vic 20 personal computer, launching a lifetime career in programming and software development.

Andrew began trading for his own account in 1991 using his first $3,000 bonus while he was Assistant Controller for Canada's largest Introducing Brokerage firm. His first futures trade was getting long the original "TED" spread in the lead up to the Gulf War. He knew then that he had found his calling and that accounting, while useful and necessary, was ultimately not his passion and he cut short his pursuit of the CPA designation. Just then he witnessed the Vancouver Stock Exchange move to fully-electronic trading, and decided that he had better move to Chicago (the Mecca of the futures trading universe at the time) in order to gain the "floor experience" at the CBOT before it also went electronic.

His "black swan" moment was when he learned trend trading principles from an iconic source in 1993. He immediately grasped upon these concepts and found success as he continued to trade for his own account while acting as an institutional futures broker in Chicago and Paris. In 1997, he was recruited by one of his proprietary trading customers (DRW Trading) to implement his nascent trading program and continue his research and development using techniques that were early precursors to what would now best be described as "machine learning". He has continuously developed futures, equities and options strategies for several reputable proprietary trading firms before forming his asset management company today.

Andrew has been pleased to give back to the trading community. He has helped scores of colleagues find new jobs and connections through the networking group of Chicago-area financial professionals he co-founded. He grew Traders Fulcrum organically from 4 like-minded traders to over 2,200 members and also served on the advisory board for the Commodity Customer Coalition which successfully represented customers in the wake of the MF Global collapse. His academic project to educate investors on Trend Following principles and publish a useful transparent benchmark of Trend Trading returns can be followed along at the The Real Time Trend Trading Experiment.